Javascript is vital for the advanced features in this website such as Property Search. Please enable or upgrade your browser
Belinda Loftus
My past research has been on:

1. popular and fine art images related to the Northern Ireland conflict
2. trade union banners and regalia in Northern Ireland and the Republic of Ireland
3. First and Second World War posters

1977: Article, “Will the real King Billy please stand up ?”, on the development of the Ulster imagery of William III, in Fortnight, 18 February.

1977-8: Reviews of Belfast exhibitions for Introspect, and article on art education in Northern Ireland subsequently reprinted in Irish Press.

1979: Article, “Family Album”, on press photos in Northern Ireland, in Camerawork No 14.

1981-7: Reviews of Irish exhibitions for CIRCA Art Magazine.

1981: Article, “Mother Ireland and the Troubles: Artist, Model and Reality”, Circa

1983: Article, “Political posters in the Northern Ireland conflict: putting propaganda in its place”, ICOGRAPHIC, vol 11, no 4.

Article, “Loyalist Wall-Paintings”, CIRCA no 9.

Article, “Photography, Art and Politics: How the English make pictures of Northern Ireland’s Troubles”, CIRCA no 13.

1986: Co-edited with David Brett, CIRCA no 26, The Religious Issue, dealing with art and religion in Ireland, including own article, “Matters of Life and Death”, on Protestant and Catholic ways of seeing death in Northern Ireland.

1988: Article, “Northern Ireland 1968-1988: Enter an Art Historian in search of a useful theory”, in CIRCA no 40 (republished in extended version in Picturing Power: Sociological Review monograph no 35, ed. Gordon Fyfe and John Law, Routledge & Kegan Paul).

2002: Introductory article for catalogue of Troubled Images, exhibition of posters and other ephemera from Linen Hall Library, Belfast.

Copies of my Ph.D thesis are lodged with the Linen Hall Library (Political Collection) and the library of the University of Ulster, both in Belfast.

My two books, Mirrors: William III & Mother Ireland and Mirrors: Orange & Green, are both available from me, at £9.95 each plus relevant postage and packing (£5 for the United Kingdom). 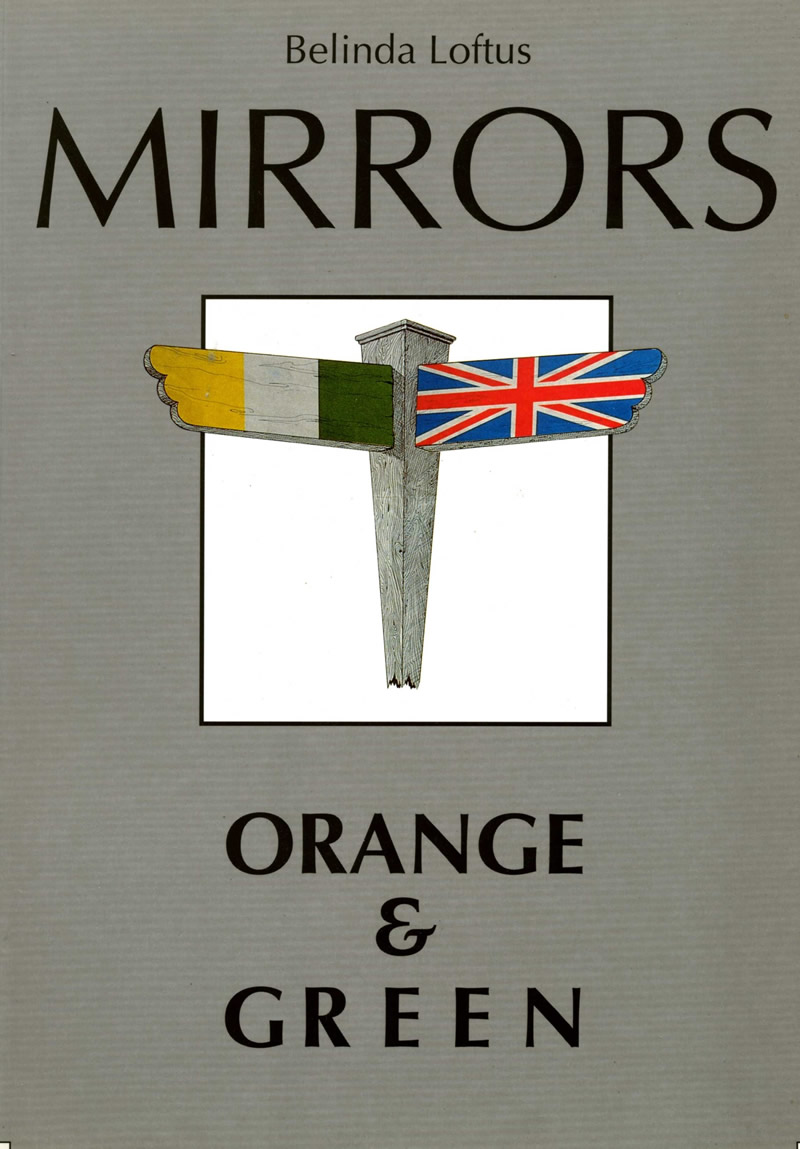 Cover of Mirrors: Orange and Green
1994